Crab Music delivered a series of workshops at the Montessori school in Delft organised by Rewire Education. Krab first presented two days of a short “trail-workshop” where the majority of learners at the school could get a taste of making music with ‘hands-on electronic sound generators’ and see if they want to sign up for the follow-up workshops. 20 participants signed up to continue their sound and composing experiments. Crab worked with the group for three one-hour sessions once a week to compose three new musical pieces. The participants worked together to decide on ways to combine their sonic discoveries into music. The participants experimented with the electronic instruments that they assembled, found new sounds and had time to develop the sounds and ideas. The three new pieces of music were performed in a concert at the school at the end of the three workshops. Each participant was awarded a jumping-speaker instrument as a prize to take home.

Krab Muziek in Delf Montessori from Crab Music on Vimeo.

Squeaky Mouse in de Oorlog: by working with long and short notes the students composed various rhythmic progressions. Erez Romano, one of the students with experience in piano playing, took the stage to lead the group by conducting. He made decisions on which sounds he wanted to have playing where. Miles Roessler and Lise Kruiniger each played solo. Sophie Veldhuis, Liam Heumann-Mitchell and Beckett Levy performed some of the squeakiest sounds.

Laser games: this time teamwork took the form of working in pairs. The one played the instrument while the other controlled the effects pedal. A conductor shaped the composition so that the composition gradually grew and transformed in the same way that clouds do.

Stoomtrein in de Jungle: the students discovered a variety of sounds they could make with the hermit crabs. They then each worked out how they can transform their own sounds from one character to another. One student discovered a singing sound that she transformed by going from a low pitch to a high pitch. This took on the role of the stoomtrein, while the other sounds were from the wild jungle.

Lights On and Off: Composed using the Jumping Speaker, Renzo Livingston decided on a sequence of the different sparky sounds he discovered. He thought about different moments that the cans should be placed above the speaker in order to change the ‘filtering’. The rhythm of this music imitates the switching of a light on and off.

Crazy Volcano: Using the Hermit Crab, sound objects such as crying wolf, bliksem and running mouse were discovered. Renzo then transformed a specific musical parameter for each of these sounds. In the crying wolf he focused on pitch, bliksem – dynamics, and the running mouse – tempo. These three come together to build the crazy volcano.

Spinning Trumpet: Digital effects were added and Renzo composed a short study for trumpet. The trumpet was amplified through a quad-speaker set up. He then controlled the effects and spatialisation by moving the sound around the room in a spiralling direction.

Participants at the “Creative Sound Lab”, Rewire 2019, had the chance to explore the Crab instruments and discover sonic treasures. They then performed their favourite sonic treasure through the surround sound system and added their own effects.

Here is a short sound collection

Eight participants joined together to explore sound with “hands-on electronic sound generators” and make three pieces of music. The music was performed for an audience of friends and family at Studio Loos. How they made each composition is described below.

The instrument, the ‘victorian synthesizer’ was used as a tool to explore all the possible sounds. we first listened to recordings of the sounds made by frogs, lightning, rain, trains and birds, and then thought about how we can describe sounds. Then we explored the different sounds that can we can make on the ‘victorian synthesizer’ and how they connect with what we have heard before. A conductor then led the group by deciding which sounds should be played when and when each player should change their sound. The conductor was Vito van Herwerden.

The instrument, the ‘Hermit Crab’ was used to explore sound and rhythm. Each pair decided on a rhythm where they would play for a certain number of counts, and then keep silent for another number of counts. The group then decided on what order the sounds should be played in by making turns.

Effects were added to the sounds that we had been able to make before. Each pair decided which effect they would like to connect to their instruments.

They named the effects as the Echo, Banjo and Zingende Vogels.

The pairs then notated a pattern of effect on/effect off with big dots, crosses and lines and then made turns to play through their pattern.

Oliver and Mia Zadeh composed and performed three new pieces at the Crab Music Workshop. They explored the electronic instruments called the Hermit Crab and Victorian Synthesizer and then added audio effects. They were innovative and discovered many musical ideas that could be used to form a composition. Mia discovered sounds such as popcorn, the wild clouds and straight lines, while Oliver found the infinite sound wave, the Mine, trampoline and light sabre. They also worked on ways of transforming these sounds.

Their three pieces are titled:

Different sounds were identified by exploring the possibilities of the Victorian Synthesizer (see below for link). The music was then formed by developing these ideas and following a conductor.

Short musical ideas were defined and transformed gradually in the way that clouds slowly transform.

The “Hermit Crab” instrument was extended with the use of digital effects such as echo-delay, frequency modulation and pitch shifting. The different sounds were structured with the use of a rhythm grid. Listen to the birds and spaceships.

The next workshop is on the 25th of February during the school holiday. For reservations, please email krabmuziek@gmail.com 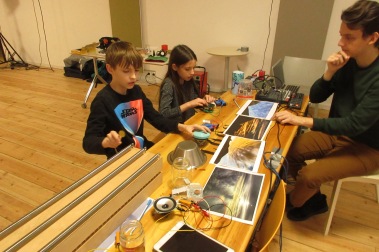 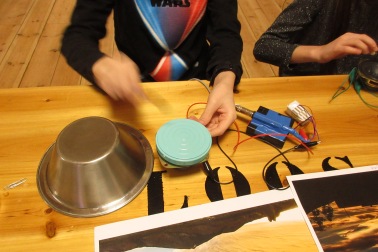 Participants of the Crab Music workshop composed three new pieces of music. The learners, aged 9, were creative and discovered frightening, calming, and other electronic sounds from the galaxy of audio material. They then worked on putting the sounds into rhythmical structures to form a new composition.

Hear the results by clicking here 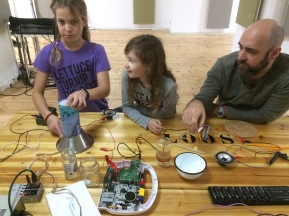 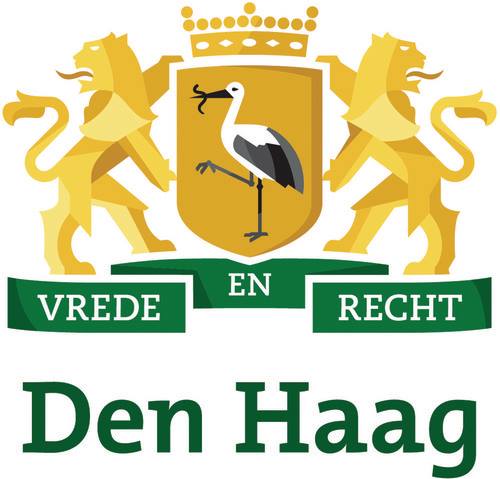